For Bee, the cutthroat NYC kindergarten process, which I wrote about extensively here and here, took seven months and aged me 20 years. Seven months of research, open houses, interviews, playdates, IQ tests, applications, essays, financial aid forms, check writing, some groveling and definitely too much wine drinking, and Bee was finally accepted to a school we felt we could love and could love her. She was in and they came through with a generous-for-a-private-school tuition assistance package that we felt, with some nips here and tucks there, we could make work.

This year, two months into the process, I had a meltdown. In short, I not only refused to participate, I made the conscious decision to flee. 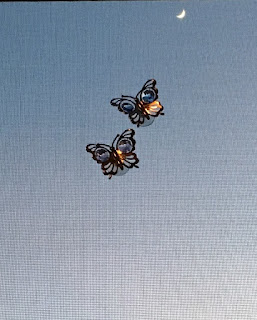 Teeny is sixteen months younger than Bee but in New York City they would be only one grade apart. Because her birthday is in the fall, the Department of Education wants to push Teeny into kindergarten at the age of four, not five. New York City's DOE follows a calendar year, so all kids turning five on or before December 31 of that year must be enrolled in kindergarten. So in addition to being one of the smallest kids in her class physically -- whatever class that might end up being -- she would also be one of the youngest kids. Every time Bee went to an interview or a playdate at a prospective school, I tried to imagine Teeny going through the same thing and I just couldn't. There's no way she'd be ready.

If the journey to kindergarten is difficult for the average five-year-old New Yorker, imagine what it's like for a kid with special needs. Now take that and imagine what it's like for a kid with a neurological disorder so rare that there are maybe 100 cases worldwide, and now imagine that kid unable to run or walk or hang up her own jacket and almost a full year younger than everyone else in her class.
There are 127 private special education elementary schools in New York City that serve elementary school age kids with 13 different classifications of disability. My guess is that Teeny will be classified with "other health impairment" (OHI), which is pretty uncommon so the schools don't cater to it. The overwhelming majority of these schools are for kids with learning disabilities or who are on the spectrum. Those schools are not as supportive as Teeny will need. Then there are the schools for kids with emotional disturbances, also not for her, and finally the schools for the multiply disabled, which are too supportive and not academic enough for her. Then there are over 1,800 public schools in the five boroughs, all of which are supposed to accommodate the needs of the students zoned to them. Unfortunately for Teeny, we live in the worst district in the city, with wildly underperforming schools that cannot adequately meet the needs of even their neurotypical children. And our neighborhood school, the one we're zoned to, is not "barrier-free," which for us means it isn't wheelchair accessible, and therefore even if their academics were top-notch and their therapies extensive and exhaustive, it simply cannot accommodate Teeny.

The idea of having to go through this same ringer again a second time with even fewer prospects for a child I believe in my bones should not be going into kindergarten next year made me feel weak. I had done lots of research on special ed private schools while we were looking at schools for Bee, and what I learned is that Teeny, because of her particular set of needs, has even fewer options than Bee did.  For Bee, we had narrowed the list down to about twelve and in the end applied to them all.
For Teeny, we had two crappy choices: one, be prepared to front up to $120,000 per year for tuition at one school that accepts only four special needs kids like Teeny per year, or two, move to a particular district on the Upper West Side to improve our chances of getting picked in the lottery for admission to a public school that has a program for kids with physical disabilities.

So when the summer of 2015 rolled around and the emails and meeting invites started to come in for the Turning 5 process -- the DOE's lingo for that same awful cutthroat rite of passage but for the special ed preschool set -- I almost felt like I was experiencing PTSD.

Since the research had turned up so few leads, we called NYC's highest profile special needs attorney and set up a consult. With her $450 per hour clock ticking, we asked her what to do. After listening to our story and looking over some of the documents we'd brought along, she told us I'd been right. She named those same two options, and she admitted that neither were ideal. We chatted about a handful of other schools, but she agreed that all of them were pretty inappropriate for Teeny. It was sobering when she said very seriously that there was a very real risk of not getting a good placement. In her opinion, our best bet would be just to move. I laughed. But she wasn't smiling.

Then I went to a lecture by a prominent NYC special needs advocate. I lingered after everyone else, hoping to get a different answer from her. All my kids, she said, go to one of the two schools you've already identified. So if those won't work for you, I suggest you seriously think about getting out of the city. Again! I really couldn't believe it.

We do not have $120,000 to front for one year of tuition, but even if we did, that school got crossed off my list when I called them and they refused to talk to me because of Teeny's birthday. They said they use the ISAAGNY cutoff dates and not the DOE dates because they are a private school that occasionally opens its doors to special ed students, not a special ed school for kids placed there by the DOE. So since she wasn't going to be 5 by September 1, she would not be considered for admission. So the DOE was punishing her for being too old to stay back but this particular school was punishing her for being too young to move ahead.

It might have been easier to come up with $120,000 than to actually entertain the thought of moving into the Upper West Side district that houses the public school that was our other option because that neighborhood is far pricier than ours -- far more than $120,000 more in equivalent real estate, anyway. Be that as it may, I thought I might have a shot at getting her in from out of district based on her charm and level of school readiness. I worked every single angle. I emailed, called and texted everyone I knew who had a kid or knew of someone who had a kid at that school. I tried to reach out to the administration via my CPSE coordinator. I showed up with my adorable kid in her adorable wheelchair at their spring fair and I talked to everyone with a name tag. With all I had, I kept trying for six months. And some people replied to me because they were nice people and genuinely wanted to help, but it seemed that no one could. No one from the school ever got back to me, and the more I asked, the more I heard it was a total crapshoot because while they said their inclusion program was populated by "lottery,"  what little feedback I did get seemed to imply that this was code for "we cherry pick our special ed kids and don't have to admit it to anyone." Which was not any more reassuring than the other option.

I also tried to explore pendency. Pendency, in DOE-speak, is when you like the IEP you have and you sue the DOE to get them to keep it as-is for one more year. So in Teeny's case that would mean getting to hold her back and do another year of preschool. I was told right away that her school would not, could not do this. There was another school they could refer us to that did, but when I talked to them, they said that Teeny was far too skilled for their programming and that she'd be better off in a more academic environment.

I was essentially striking out before even getting started.

So, we're moving. Not today, but soon.

We are moving to a state where the public schools are excellent, more consistent, more inclusive. Where both of our girls can go to the same schools and have their very different needs met. Where because the cutoff for kindergarten is September 1 and not December 31 like in New York City, Teeny not only can but would have to do another year of integrated preschool.

We are moving to where this new neurologist can help build a team that will follow Teeny for the rest of her life. Where I lived for six years, where my birth mother settled and spent 30 years raising a family. Where she and I met. 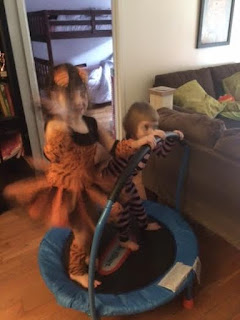 My grand- and great-grandparents came through Ellis Island and these days, even though as an adoptee I am not technically related to them, I have been identifying with them more as I think about this very big thing we are about to do so that Teeny has better opportunities in education. Truthfully, I know very little about what brought my great-grandparents to this country. I don't know what they left behind and whether they were fleeing something or someone. I remind myself that leaving everything you knew in the hopes of a better life for yourself and your children is something that happens all the time. All the time. But I have felt so stuck for months. I don't know how to write. I don't know how to connect with people. I don't know what to buy, what to save, what to throw away. I don't know how to say goodbye. I don't know how to sell an apartment or buy a house. I feel like I've just stepped off the trampoline we got for Teeny for Christmas, dizzy and shaky and about to fall over and wholly unsure of my next step and whether it would me on solid ground.

People move all the time, I tell myself. And we are going somewhere we know. Somewhere we love. I chose this. I want this. I know it's right. And still. It's so scary.

Despite my to do lists and timelines and spreadsheets, I am completely unable to visualize my life as it will be six months from now, in part because we have decided it's too soon to tell the kids (so please don't spill the beans)! For now, though, we are packing a box at a time. We are updating appliances in our apartment and painting walls and doors that need brightening. We told Bee's school. After all that work last year, that one really hurt. We are processing with family and friends who are sad to see us go, and imposing on family and friends in the new area who are helping us make decisions. And soon, we list the apartment. Then, we cross our fingers and wait. Wish us luck!