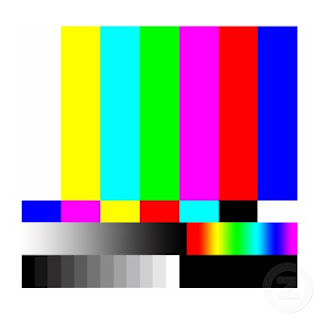 Thora is now six weeks old. In her sixth week of life we had a lot of grown-up stuff to take care of: taxes, arranging the apartment closing, packing. Definitely not fun. Thora helped us by sitting quietly in the wrap tied to my chest, napping, and best of all, learning to smile at her stressed out mama and daddy.

Also this week, in the midst of all the grown-up stuff, we have begun a new baby pastime and perfected an old one.The old one is more fun than the new one. In fact it is one of the most amazing things I've ever done in my life, where mama and baby have a quiet moment together, staring, learning, loving. What I do now when we have a tired Thora who cannot or will not fall asleep on her own is this: I curl up around her, tummy to tummy, nose to nose. I hold her fingers and I look into her eyes and she looks into mine. Nowadays I know she is actually looking at me, whereas a few weeks ago her eyes were kind of glazed over and not focused. Now I can feel her seeing me. More and more often now she smiles at me too, which fills me with so much love and peace and happiness that if I could bottle up her smiles and share them with the world, I just know there would be no war, no sadness, no pain. And as I look at her, kiss her cheeks and eyes and mouth, and play with her fingers, I talk to her or sing to her.

I have always loved to sing. I love it. I have a knack for easily deciphering and remembering song lyrics and I love to sing my heart out along with every song I know. My brain is somehow a repository for so many song lyrics that I often joke that if only I could delete them I could learn rocket science or neurosurgery or whatever. As fun as it is to be able to recall every single word from a terrible song from 1982 that I haven't heard since, the reason I would trade that particular talent for just about anything else in a heartbeat is I am a horrible singer. No one wants to hear me belt it out, so knowing every single word to thousands and thousands of songs is a gift that goes largely unused except to sing at the top of my lungs when no one is around and to obnoxiously correct my husband who makes up his own lyrics as he sings along to things in his voice that is a thousand times better than mine. (I am a sore loser.)

Anyway, when I sing to my baby, she smiles, she closes her eyes, she visibly relaxes and drifts off to sleep. She loves it and it works every time. And then I feel like I have a heavenly voice like Bjork or Jonsi and it's one of the biggest ego boosts ever.

The new baby pastime of the week is the bottle. We've given her three now. Well, three and a half. The first two were Kodak moments for the Christian family. I snapped away as Johnny held her and fed her for the first time and we were all smiles and oohs and aaahs. But those bottles went down so easily and quickly that I soon realized there had to be something wrong. I was using a set of bottles that came with the pump and whose nipples I suspect were not slow flow.

For the third bottle (which ended up being the half) I remembered to switch to the other bottle system we have. Those nipples are all slow flow ones, which according to all the books (and all my friends) you want when you are breastfeeding. No one told this to Thora, who protested most vocally when I switched. The embarrassing part about that is that I was the one giving her this bottle (even though everyone said I shouldn't) and I was doing it at work in front of a lot of people. I packed this bottle knowing we had a long trip up to the office for a meeting I didn't want to call in for and knowing she would be hungry at some point during the afternoon and thinking it would be easier and less embarrassing to give her a bottle than to nurse her in front of seven of my staff members and my boss. I didn't think the slow flow nipple would be so radically different than what we'd used previously, so I didn't anticipate any challenges. Thora, however, did not want this new slow flow bottle at all and let the whole room know this in no uncertain terms when I tried to give it to her. After three or four minutes of her making it abundantly clear that she was not going to help me look like an expert mother with the most compliant baby in the world, by which I mean she was crying and fussing and flailing, I felt so helpless that I just gave up and nursed her right there in the office. Thankfully my boss was late to the meeting and by the time he got there she had fallen asleep and my breasts were back inside my clothes.

After that, I wanted to say screw this whole slow flow thing, but with Dr. Sears and my mama friends all in my corner, I stuck with it and by the next bottle she had figured it out and eventually sucked that one down too, though it took her longer. It's a work in progress but we'll get there.

I don't hate bottles like I hate pacifiers (yes, I still hate them) but seeing my baby take a bottle (even though I knew it was a bottle of my milk) was definitely something I had to learn to accept as necessary and helpful. It grew on me pretty quickly and now watching Johnny give Thora the occasional bottle is totally cute. But how that milk got into that bottle is not cute at all. Not at all. Pumping is getting easier, but I do not like it. Also, normally I like to include in my blog entry a photo that relates to whatever I'm writing about, but I figure no one wants to see a picture of me expressing my milk. Believe me, while there might be naked breasts involved, pumping is truly the least attractive thing ever. I wish I could put up a test pattern in front of me as I pump, with an announcer's voice saying please stand by as we interrupt the cuteness of having a baby to conduct this necessary activity... and now back to your regularly scheduled cuteness...

Pumping breast milk is the oddest activity I have ever participated in. It's not painful or even really uncomfortable, just very awkward. And for a vegan like me, there is something really awful about being made to feel like a factory-farmed dairy cow. But the weirdest thing about it is the machine itself. We have the Medela Pump-In-Style. It's a monster of a thing that has its own messenger bag because it's that big and heavy. This model has a separate motor though, so you can take it out and not have to schlep the whole contraption with you, just the motor. Well, and you also need the wires and tubes and plugs and suction cups and bottles and caps, so really you're better off taking the whole thing in the messenger bag. I haven't actually taken it anywhere yet except from one room to the other but even that is an undertaking. The suction cups are huge and strange looking. The suction is strong enough to suck out your milk but not strong enough that you don't have to hold them up to your chest with both hands. So it's not enough that I feel like a cow with these stupid things on my breasts, but I can't actually do anything else while I'm being milked. There is a bra attachment you can buy so you can pump "hands free" but I haven't bought one yet. I'm holding out partly because it's another $35 (and the pump itself was nearly ten times that!!) but also because it is truly the most ridiculous looking piece of "clothing," being little more than a thick strip of elastic that is like a tube top with holes to stick the suction cups through and slap them on to your nipples. I know no one will see me in it because with it or without it there is absolutely zero chance that anyone will ever see me pump ever but still I have not yet been able to bring myself to buy it.

Anyway, what is truly the worst part about pumping is that the machine makes a really strange noise. Pumping itself, however ridiculous it looks, could be a kind of Zen-like experience that lets you zone out for the ten or fifteen minutes it takes, maybe meditate or just think quietly. But the sound the machine makes as it does its thing is absolutely the least relaxing thing ever. It makes my mind imagine absurdly that the machine is talking to me like a possessed household appliance a la Stephen King. Most of the time it whispers wacko wacko wacko wacko but sometimes as I sit there pumping, it says black hole black hole black hole and sometimes, terrifyingly, even crack whore crack whore crack whore. Over and over and over. While it says these words to me in a loud stage whisper that cannot be ignored, I feel like I am going truly insane. It's awful.

In an attempt to build up a stash, I am pumping whenever I remember to and feel like I can tolerate the wacko wacko wacko wacko without going crazy. I figure it's a small price to pay to ensure that my child is fed even when I can't be there, but it's definitely something that takes getting used to.

Maybe I can put music on loud enough to drown out the voice of the Medela pump and then I can sing to Thora over it. Oh I can just imagine the incredible cacaphony of me singing in my horrible voice with wacko wacko wacko wacko in the background keeping the beat. But knowing my baby, I wouldn't be surprised if she fell asleep to it.
Posted by Teeny and the Bee at 6:42 AM